Successful completion of the VFR On-the-top (VFR OTT) Rating Program leads to eligibility for a VFR OTT Rating issued by Transport Canada, and the issuance of a Certificate of Qualification—VFR On-the-top Rating by Langley Flying School, Inc.  The holder of a VFR OTT Rating may conduct flight above cloud where the ground is not visible in accordance with Section 602.611 of the Canadian Aviation Regulations.  Credit for the VFR OTT rating may be transferred to Commercial Pilot Program.

The minimum age for the VFR OTT rating is 17 years of age.  Before commencing training in the VFR OTT Rating Program, a student requires a valid Private Pilot License—Aeroplane Category and a valid Category 1 or Category 3 Medical Certificate.1

Prepayent of fees is not required.  Students pay tuition and aircraft unitlizations at the conclusion of training flights, and pay groundschool tuition at the beginning of the session.  All flight schools in British Columbia are required by law to charge the GST (5%).  Visa, MasterCard, American Express, and Debit Cards are accepted. 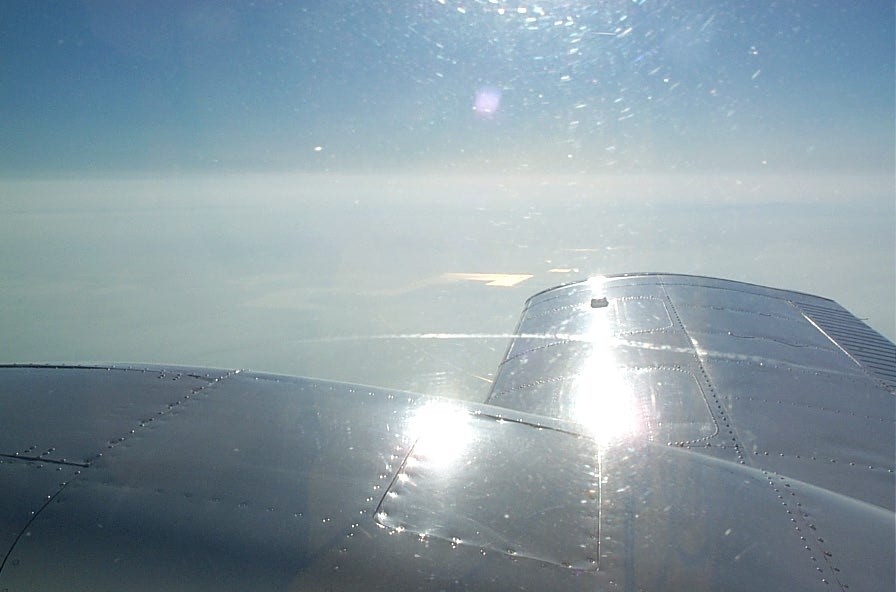 Transport Canada establishes the minimum requirements for the VFR OTT Rating as follows:

1 Any person with special concerns regarding the application of these prerequisites should contact the Chief Flying Instructor directly.

2 It should also be noted that some Private Pilots received their licences without instrument training (the requirement for 5 hours was added in the 1980s).  These pilots will how have to obtain these 5 hours for both the VFR OTT and the Night Rating.

3 The challenge here is that the sources of information related to the aircraft’s attitude are changed—where full-panel (without a vacuum-system failure) is derived primarily from the “attitude indicator,” students must now learn to look to different sources for this data—with pitch information, for example, the pilot must now use the airspeed indicator during a climb or descent, and the altimeter when transitioning to, or maintaining, level flight.  In requires lots of practice to achieve conformity with the flight test standards for limited panel instrument flying.

5 Recovery form limited-panel unusual attitudes requires disciplined adherence to the “priority of actions”—especially in the case of impending spiral recovery, where the flight condition must be immediately “read” from the panel, the power must be immediately reduced to idle, the wings levelled, and dive recovery implemented.  There can be no deviation from this sequence.  Recovery from spins on limited panel sounds ominous to most students, but is in fact relatively straightforward.

6 GNSS stands for Global Navigation Satellite System—i.e., GPS.  GPS is recognised by the International Civil Aviation Organisation (ICAO) as the primary navigation system of the future, and the effective use of cockpit GPS equipment is therefore an essential skill of future commercial pilot.  The use of GPS is just emerging in air-taxi and commuter operations in Canada; the power of GPS verges on fantastic—if GPS has been installed in a cockpit (especially IFR certified GPS), it essentially dominates conventional navigation equipment such as VOR, DME, and NDBs, owing simply to the unsurpassed situational awareness it affords to the pilot.