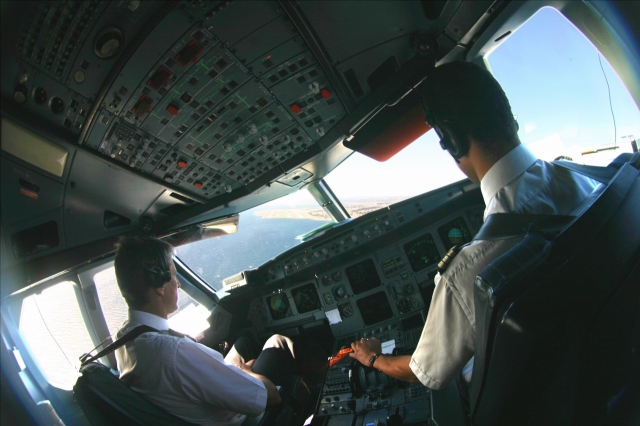 This course provides Commercial Pilots and Commercial Pilot Students with the necessary knowledge and skills that are required to perform and function effectively in a multi-crew commercial flight-operations environment.  Using the latest in multi-crew standards and procedures as applied and practised by Air Canada and WestJet, students are introduced to the roles of Captain and First-officer, as the flying roles of Pilot-flying (PF) and Pilot-not-flying (PNF).  The course is designed to effectively bridge the gap that exists between single-pilot flight training and practices, which currently form the basis of conventional Commercial Pilot training, with the multi-crew Standard Operating Procedures environment that lies at the core of commuter, airline and corporate flight operations.  In completing this course, students will receive a Certificate of Completion in Multi-crew Standard Operating Procedures, and will be better equipped for success as Commercial Pilots. 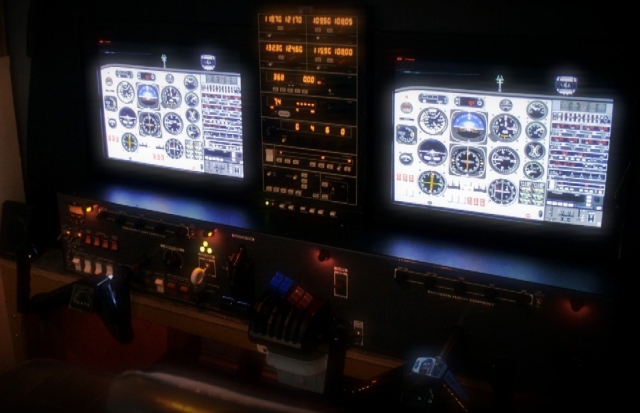 The course consists of 8 hours of Groundschool training, followed by 8 hours multi-crew Simulator Instruction.  Ground school examines the basic yet overlapping roles that exist in multi-crew flight operations, including the command relationship and flying roles of crewmembers.  The Groundschool focuses on the Standard Operating Procedures of a hypothetical company named Exeter Air Services, which provides scheduled passenger service in a PA-34 Piper Seneca between Lethbridge, Calgary and Edmonton.  The Standard Operating Procedures document for this company consists of normal and non-normal (emergency) procedures, and the Groundschool will examine the company’s requirements for pre-flight, departure, en route, and arrival phases of flight.  With respect to non-normal procedures, the Groundschool examines the company requirements for a rejected takeoff (engine fire/failure or severe damage), engine failure in flight, engine fire in flight, emergency descent, and passenger evacuation.

From the classroom, students are then paired to form Exeter Air Services flight crews, and move to the Elite (PA-34) Simulator.  Using the knowledge acquired in the Groundschool, each flight crew will conduct four flights between Lethbridge, Calgary, and Edmonton.  During these simulator sessions, each student will act (through rotation) as Captain and First Officer, and will perform as Pilot-flying and Pilot-not-flying.  Developing skills and proficiency in crew-coordination, student will learn to apply a company’s Standard Operating Procedures to simulated, real-time normal and non-normal situations as the company’s routes are flown.

While the above costs are based on 10-hours simulator training, successful performance of students is a function of adequate student preparedness.  While it is expected that the average student will require a maximum of 8-hours training in the simulator to complete this course, there is the possibility that additional simulator time is required.  Where students require additional simulator time to meet course standards, additional Simulator Instruction will be available at a rate of $77 per hour. HST (12%) is applicable to this course.

Students are introduced to the concepts of Standard Operating Procedures, including the command structure and the varied flying roles that are applied in multi-crew environment of commuter and airline passenger transport.  With the emphasis on developing effective and safe crew-coordination, students learn how to interpret and operationalize the company’s Standard Operating Procedures document and related checklists for normal operations during the preflight phases of a commercial flight.  The session examines the Configuration Safety check, up to and including the Position for Takeoff checks.

In this session, students examine the application of Standard Operating Procedures during the actual flying phases of a multi-crew flight.  Students are introduced to the requirements of crew interaction using standard-calls discipline, and the effective specialized roles of the crewmembers with respect to cockpit briefings, flight performance, navigation, and ATC communication.  Overall, this session examines normal Standard Operating Procedures for the takeoff, departure, en route, and arrival phases of commercial flight.

This session examines the application of Standard Operating Procedures to non-normal flight conditions.  Students learn the requirements for the effective coordinated management of in-flight emergencies, including an engine failure during takeoff  (rejected takeoff), engine failures during flight, emergency descents, and passenger evacuation.

In this session, students complete a written examination on the company’s normal and non-normal Standard Operating Procedures.  This is done to ensure students are properly prepared to progress to the simulator instruction, and serves as a final review of company documents for the purpose of clarification.  Students are introduced to the flight features and equipment of the Elite Simulator, including autopilot and HSI operations for flying an ILS approach.

The aim of the simulator training is develop student multi-crew skills with respect to the practical application of a Standard Operating Procedures document, and its associated checklists.  While crew-coordination and communication is evaluated, actual flying skills are not the focus of training.  For this reason, the autopilot system will be used as much as possible during the simulator session.

The class will be divided into pairs, and each pairing will complete the simulator sessions as a multi-crew team.  During each simulator session, a company route must be completed by the crewmembers acting as a single unit.  The command and flying role of each member of the pairing will vary as per the schedule outline below.  It cannot be over emphasized that the pre-flight preparation of each multi-crew team is crucial for successful learning and student performance.  By the time a pairing team steps into the simulator, the Standard Operating Procedure document must be familiar and the sequence and calls memorized.

Student A is Captain and Pilot-flying; Student B is First Officer and Pilot-not Flying.

Student A is First Officer and Pilot-not Flying; Student B is Captain and Pilot-flying.

Student A is Captain and Pilot-flying; Student B is First Officer and Pilot-not Flying.

Rejected Takeoff during the departure from Runway 12 at Edmonton Airport, caused by a left-engine failure before Decision Speed (V1).  A normal departure is then made from Runway 12.  Climb runway heading to 11000’, and expect radar vector to intercept the 159° Radial from the Edmonton VOR (YEG).  At Calgary expect radar vectors to intercept the final approach course for the ILS Runway 16.  Flaps 25 will be used for a full-stop landing.  During the landing roll, and there is an uncontrollable fire in the right engine.  The Fire Drill is followed by a Passenger Evacuation.

Student A is First Officer and Pilot-not Flying; Student B is Captain and Pilot-flying.

Rejected Takeoff  during the departure from Runway 16 at CYYC.  A normal departure is then made from Runway 16   Climb runway heading to 9000’, and expect radar vectors to intercept the 132° Radial from the Calgary VOR (YYC).  At YQL, expect radar vectors for the ILS Runway 05.  Flaps 25 will be used for the full-stop landing.  During the landing roll, there is an uncontrollable fire in the right engine, and the Fire Drill is followed by a Passenger Evacuation.

This evaluation flight is based on crewmembers flying a selected sequence of scenarios selected by the Instructor. 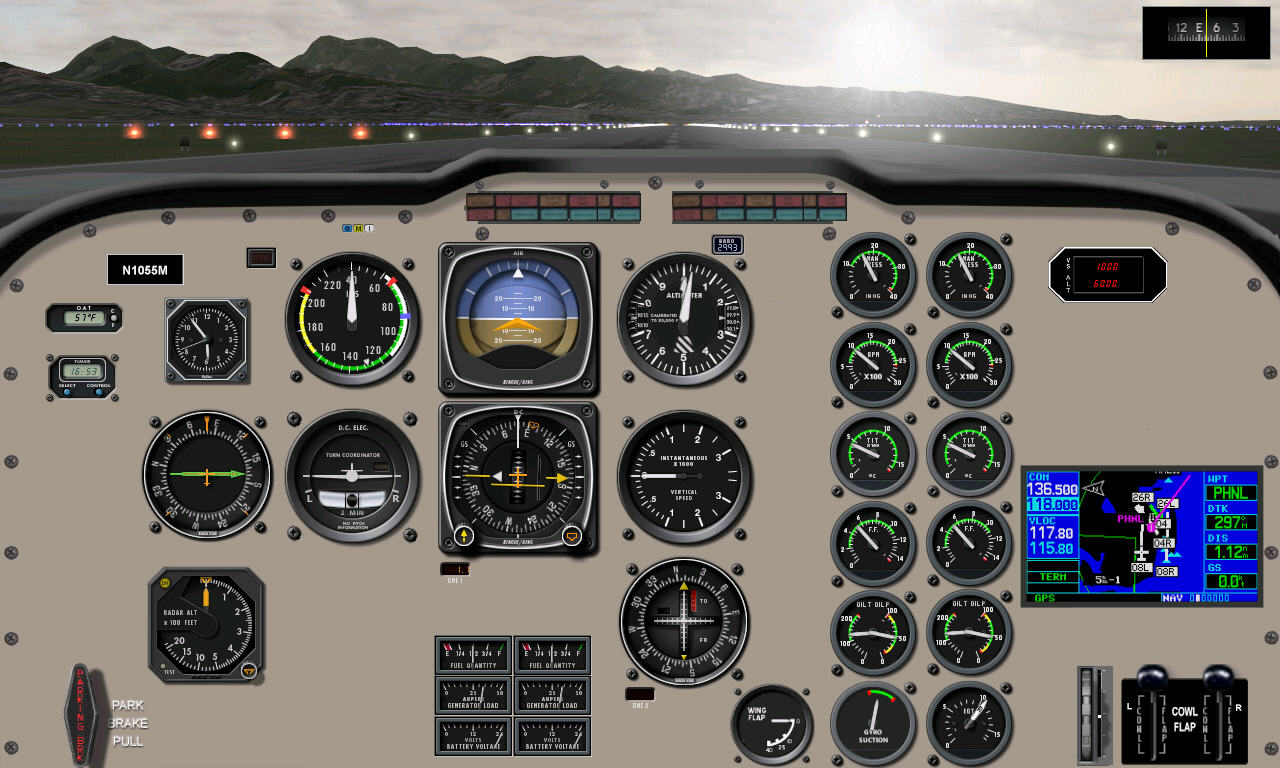