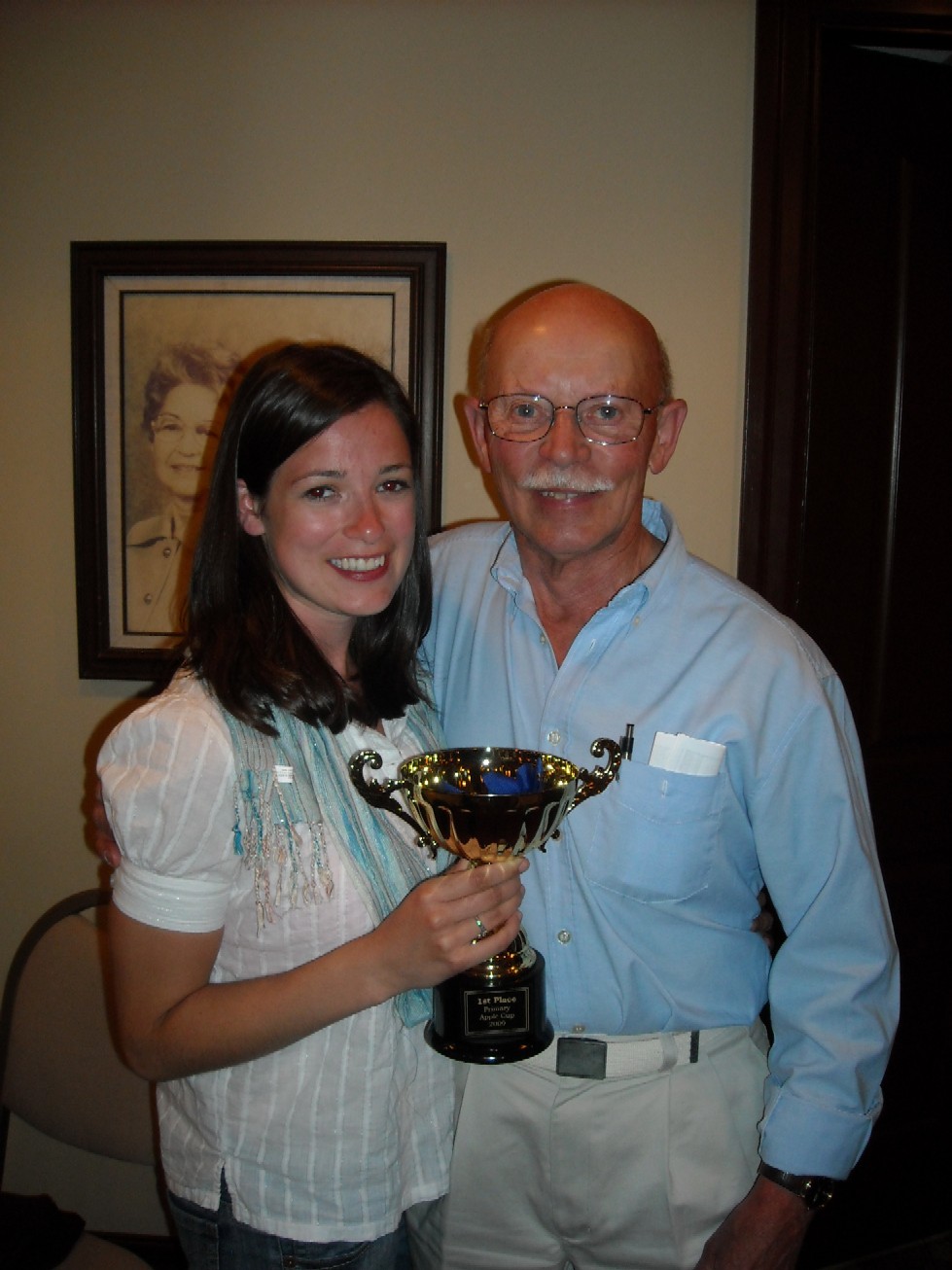 It was an exciting start to

Instructor Rating under the

days she was winning gold medals

and the prestigious Apple Cup

Naomi was interviewed about

a week after returning from the

What made you first get

Naomi: Well, it has been

in for a long time—since I started

flying—and this summer I had the

chance to give it a try.  In think I

was influenced by all those times

I went to the Abbotsford Air

Show and watched the aerobatic

flying—and I think that was what

inspired me.  Also, the Red Bull

What is it about aerobatic

and great for improving you flying

skills.  When your start aerobatics,

turns for the first time—very

exciting.  For me too, it is so much

more hands-on than what I 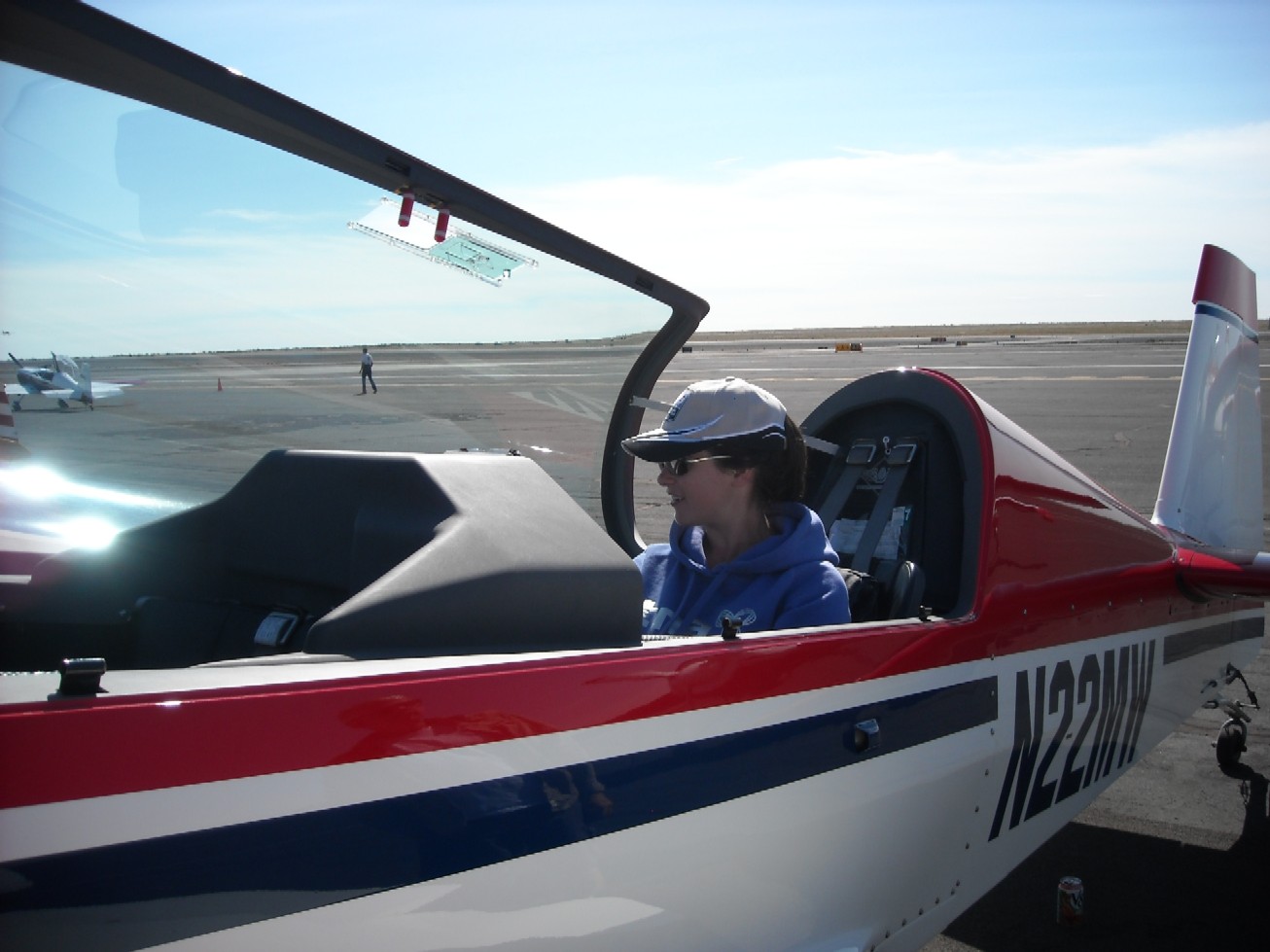 How long does an aerobatic sequence last during competition flying?

Naomi: Yeah it is—because you’re concentrating so much.  In practice I’d come back sweating—when Donn and I were training—because you’re working so hard for an hour at a time.  In Ephrata, too, it was so hot—30°C!  But the heat is really only felt before takeoff and after landing—once you get up there you don’t think about that.

Can you describe your flying sequence?

this was the one manoeuvre in my sequence where I pulled the most Gs, because you have to go so suddenly from straight and level flight to the 45° up-line without making it look like a curve—it should look like a corner.  Then I did a one-rotation spin—which is my favourite of them all because it is so precise—you have to come out on a vertical line straight down—not like the recovery climb we do in training—so you get very fast.  Then I did a half-cuban—which is a 5/8s loop, followed by a ½ roll—to end on that 45° line again, but this time going down.  Following that, I did just a simple loop, and then a 180° turn—which isn’t like a normal steep turn, but has to be at least a 60° angle of bank.  To finish off the sequence, I did just a roll.  The sequence is flown at full power throughout the manoeuvres—except the spin, of course, where the power is idle.  So you don’t think about power throughout the sequence—you just go max power.  Your energy is your altitude, so what ever altitude you start at is the energy that is available to you. 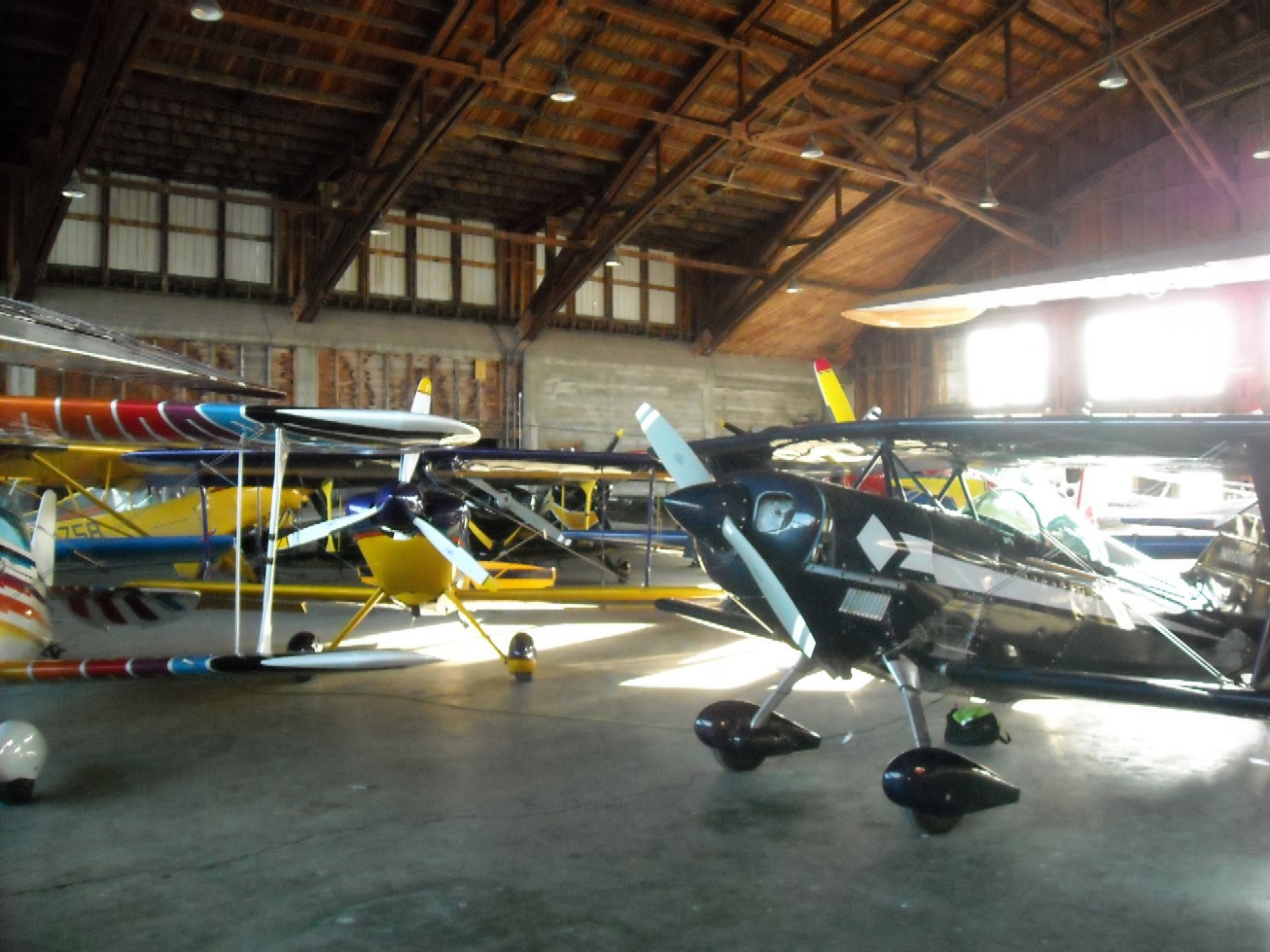 Where did your sequence originate?

Naomi: The competition is organized by a group call the IAC—International Aerobatic Club.  The IAC publishes a known sequence every year for each level of flying, which can be found on line.  For the bottom two levels—the basic and sportsman—you fly the sequence three times.  Once you advance into the top three levels—intermediate, advanced, and unlimited—you’ll be flying the know sequence once, your own

Is there a great advantage for private or commercial pilots to get involved in aerobatic flying?

Naomi: Absolutely—it gives you a great respect for the theory of the flight, and it gives you a great respect for what you can do as a pilot.  It makes you focus on the finer aspect of flying.  You notice especially a greater need for rudder control.  I think that even your straight and level flight will benefit if you take what you learn from aerobatics to develop your everyday flying habits.  But the real benefit of aerobatic flying is its pure fun.  At the competition we spent every day having fun flying, and it the evening the pilots hung out together and had a great time exchanging stories, experiences, and good food.

What’s the first step in getting aerobatics?

Naomi: The first is to find an instructor who can take you up for a loop and a roll, and give you a sample of what aerobatics is like.  In the lower mainland right now there are 5 qualified instructors, and finding someone to fit your schedule won’t be difficult.  Next, if your interested in meeting lots of people in the aerobatics, the Aerobatic Club of B.C. has a meeting the first Monday of every month at the Delta Airpark at 7pm, and it’s open to everyone.

Will you be competing again this season?

Naomi: Yes, I’m hoping to compete in September back in Ephrata, providing I can get some sponsors, and I planning to move up to the sportsman level.  It will be hosted by the Aerobatic Club of B.C., and we’re hoping that we’ll send seven or eight Canadian competitors, including the great Donn Richardson.

If someone wants to contribute to your sponsorship, how should they contact you?

Naomi: The best way would be through Langley Flying School.  So far I have sponsors for about one-third of my estimated training and competition costs.

In terms of a career, where do you think flying is going to take you?

Naomi: Ultimately, my goal would be to compete for the Canadian aerobatic team, but I would also like to continue progressing in other areas of aviation as well.  I want to fly lots of different airplanes, and I hope to experience as many different aspects of aviation as possible.