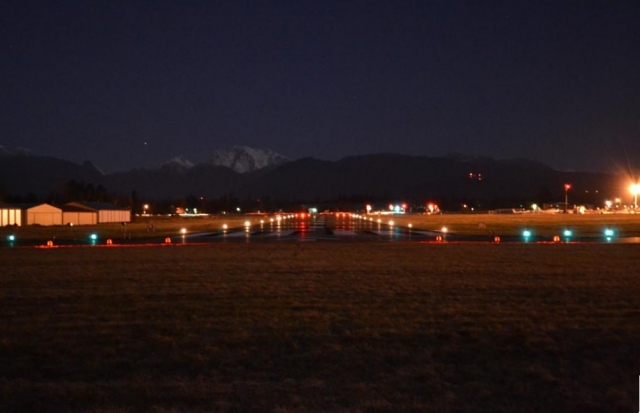 Langley Flying School was founded in the fall of 1994, and originated as a small single-instructor and single-aeroplane Flight Training Unit. The School received its Flight Training Operating Certificate from Transport Canada on January 17th, 1995, and it has since grown to its current size, including twelve aircrafts, a Transport Canada certified Flight Simulator,  a staff of twelve Flight Instructors, three administrative staff, and three maintencance Assistants.  During its existence, Langley Flying School has conducted over 100,000 hours of flight training and has graduated thousands private and professional pilots all over the world.  You can visit our Langley Flying School's Graduates List and Staff Alumni to track our Commerical Pilot graduates and their current activity in the aviation industry.  Langley Flying School provides training for Private Pilots and Commercial Pilots, as well as pilots qualified with the advance Multi-engine Ratings, Instrument Ratings, and Instructor Ratings.  Our staff of Flight Instructor is drawn from our Commercial Pilot Graduates who have expressed interest in teaching flying..

Langley Flying School is accredited with the Government of British Columbia's Minister of Advanced Education  through the Private Career Training Institutions Agency, and students are therefore eligible to apply for government student loans, in addition to private student loans.  Additional information regarding both private and governement student loans can be found at the following link: Student Loans.

The Chief Flying Instructor, Aaron, is responsible for the quality and safety of Langley Flying School's flight training and ground training operations, including air and ground curriculum, and is required by Transport Canada to ensure that flight training operations are conducted in accordance with the Part IV of the Canadian Aviation Regulations.  The School's air curriculum is steered through a system of Flight Instructor Check Sheets, and published Flight Training Handbooks, while the ground curriculum is organized in accordance with  the course manuals for the Private Pilot, Commercial Pilot, Instrument Rating, and Mult-engine Class Rating Groundschool Manuals.  Excerpts of these various publications are published for student use in the Ready Room (air curriculum), and the Classroom (ground curriculum).

The Chief Flying Instructor is responsible for the content and administration of Langley Flying School's Standard Operating Procedures document, which is published on this website. The Standard Operating Procedures Manual and the Maintenance Control Manual are the cornerstone documents disigned to maintain the highest possible standards of operational safety, training effectiveness, and well as regulatory compliance with the governing federal and provincial government authorities (Transport Canada and the British Columbia Ministry of Advanced Education through the  Private Career Trainng Institutions Agency).  The Chief Flying Instructor is also responsible for the conduct of pre-solo and pre-flight test check flight. 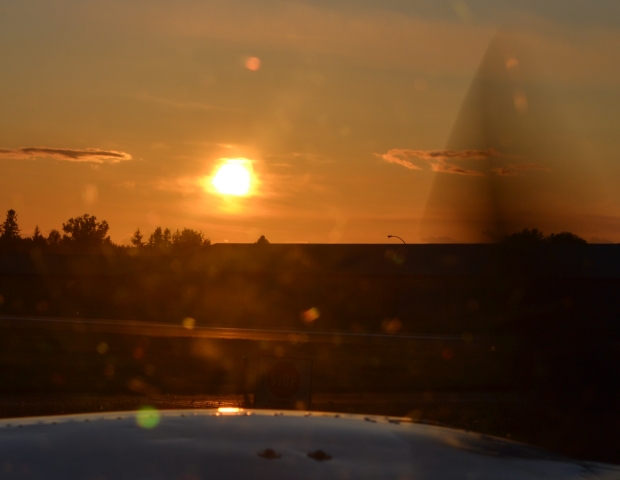 At the core of the School's administration are the Staff Flight Instructors—Barry Stanley, Robert Wickins, Longlong Wei, Luisa Sanabria, William Kim, Gabriel Henderson, Ricardo Simao, and Brian Wang—who are responsible for the delivery of flight training to the School's individual students; their primary focus is ensuring that flight training is conducted safely and efficiently, and in accordance with the operational training standards of Transport Canada and Langley Flying School. All line Flight Instructors have groundschool teaching responsibilities and are actively responsible for the various sections of the Private Pilot, Commercial Pilot, Instrument Rating, and Multi-engine Class Rating Groundschools.

The Chief Flying Instructor also assigns a Flight Instructor to consults directly with students on an informal basis. Flight Instructors assigned to this task convene round-table  meetings with students—referred to as Student Advisory Groups—during which students discuss current issues affecting students. The goal of student meetings is to improve the student experience at the School. 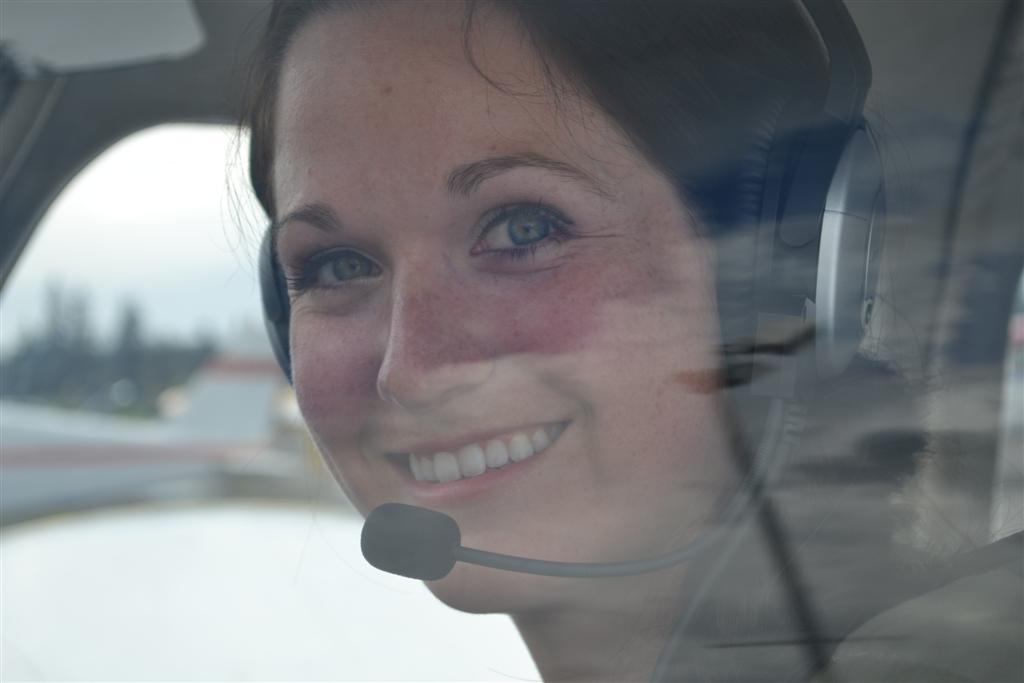 Langley Flying School has developed and continually updates an array of student manuals and handbooks designed to enhance pre-flight and classroom student preparation. Exerpts of these publications appear in the Ready Room and the Classroom links of this website, and you may review exerpts through the following PDF links: Private Pilot Groundschool Manual, Commercial Pilot Groundschool Manual (25MB), Flight Training Handbook 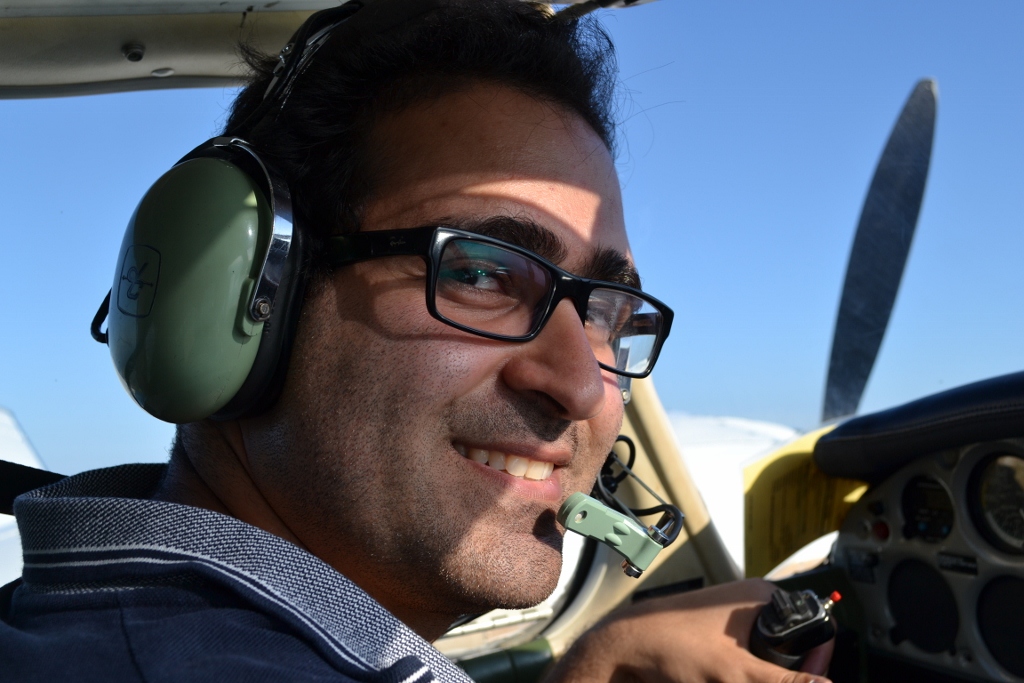 Langley Flying School, in conjunction with Mission Software Systems, has developed a fully dedicated and comprehensive computerized information system—referred to as Pilotlog—that records in detail the ground and air training activity of students.  In addition to the standard training records required by Transport Canada, the program includes an Instructor Check Sheet feature which, utilizing an electronic signature system, facilitates quality assurance and standardized training for all students. 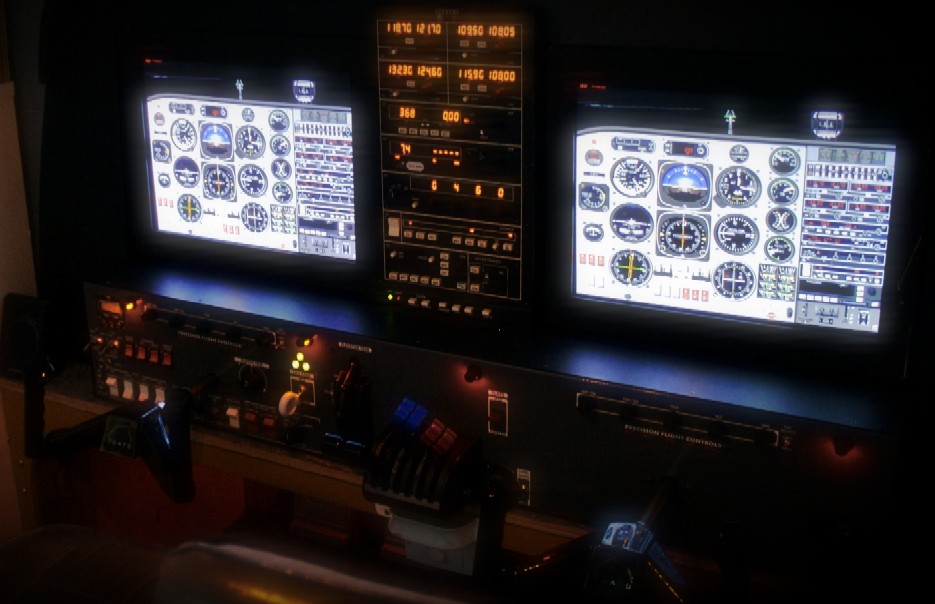 Langley Flying School maintains a student bursary program for which all students—including international students —are eligible.  These awards are outlined as follows:

Dedicated to the memory of Samuel Ruiz, this award is given to Private Pilot Students who achieve a score of 90% or higher on the Transport Canada’s Private Pilot Written examination.  The value of the Samuel Ruiz Private Pilot Award is $700, and is automatically awarded to qualifying students; the award must be applied towards flight training at Langley Flying School.

Dedicated to the memory of Donn Hubble, this award is given to Private Pilot Students who achieve perfect scores on all of the following flight test exercises: steep turn, slow flight, slipping, and instrument flying (full panel). The value of the Donn Hubble Memorial Award is $700, and is automatically awarded to qualifying students; the award must be applied towards flight training at Langley Flying School.

Dedicated to the memory of Adam Katagiri, this award is given to Commercial Pilot Students who achieve a score of 90% or higher on the Transport Canada’s Commercial Pilot Written examination.  The value of the Adam Katagiri Commercial Pilot Award is $700, and is automatically awarded to qualifying students; the award must be applied towards flight training at Langley Flying School.

Dedicated to the memory of Ed Huggett, this award is given to Instrument Rating Pilot Students who achieve a score of 90% or higher on the Transport Canada’s Instrument Rating Written examination.  The value of the Ed Huggett Instrument Pilot Award is $700, and is automatically awarded to qualifying students; the award must be applied towards flight training at Langley Flying School.

General Geography.  The beauty that surrounds Langley Airport is truly astounding. Only fifteen miles to the north of Langley Airport are the Coast Mountains, with their peaks extending between 6000’ and 8000’ above the Fraser River Valley. To the east, some thirty miles away, are the Cascade Mountains (including the 10800’ volcanic peak of the Mount Baker), while the south and west of Langley Airport are dominated by the multiple islands and clear Pacific Ocean waters of the Strait of Georgia, which separates the mainland British Columbia from Vancouver Island.

Langley Airport is seen by many as the “perfect” training airport. Langley Airport is directly adjacent to the primary airspace dedicated to flight training in the Vancouver metropolitan area (see Vancouver VFR Terminal) , and this has saved our students thousands of dollars normally associated with prolonged transition to the designation flight practice area.  The same applies to IFR training facilities for advanced training (see Vancouver IFR Terminal Chart) —Langley Airport is equipped with published GPS/RNAV approach, which provide an MDA of 680’ (Langley Flying School’s Piper Seneca is equipped with an IFR GPS system, certified for both terminal and approach segments), and the ILS localizer, NDB transmitter, and VORTAC transmitter is located within 4 minutes flying time from Langley Airport.

Langley Airport is both a controlled and uncontrolled airport (the operation of the Control Tower is limited to daylight hours), exposing our students to all variations in types of airport operations.

In the summer, Langley’s weather is dominated by the clear and warm air associated with high pressure systems that migrate to the west from off-shore North America; in the winter Langley experiences moist, air masses warmed by the Japanese Current that flows off-shore British Columbia.  Winter weather is the most varied and exposes students to varied VFR conditions of flight.  The freezing level during the winter months typically remains above published IFR approach and en route minimum altitudes, making it especially appropriate for IFR training. Flight Training is conducted at Langley Flying School throughout the year.